LOCATING THE MOVING IMAGE: New Approaches to Film and Place 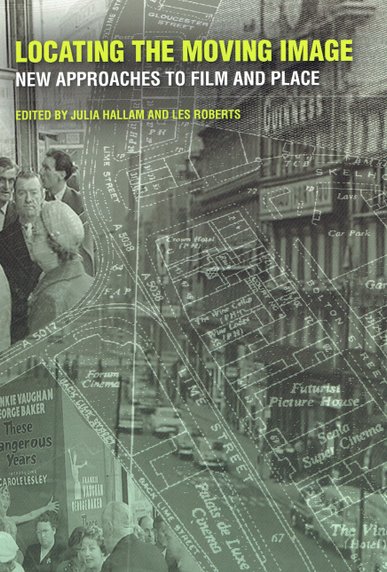 "This collection breaks new ground for cinema history. Hallam and Roberts have gathered some of the foremost scholars who are mapping spatial histories of the moving image and the geographies of film production, distribution and consumption. Introducing new interdisciplinary methods and asking new questions, Locating the Moving Image takes film studies into new territory, beyond the boundaries of the text and its interpretation, towards an understanding of the relationship between culture, spatiality and place."   Richard Maltby, Matthew Flinders Distinguished Professor of Screen Studies, Flinders University.

"[Locating the Moving Image] introduces some of the concrete ways practical mapping and GIS technologies help elaborate historical film projects. . . . The scope of many of these projects is breathtaking in scale. . . . Others embrace ethnographic methods that tell poignant individual stories. Still others deftly merge qualitative and quantitative approaches. . . . As a whole, the volume brings together disparate fields of study in interesting ways."  James Crain, California State University, Northridge.

"The book works within an interdisciplinary and comparative framework, which is spelled out formally in Roberts’ prior work, borrowed here to serve as an organizing and unifying principle. ‘Five thematic areas … constitute what in broad terms may be provisionally defined as “cinematic cartography.” These are: (1) maps and mapping in films; (2) mapping of film production and consumption; (3) movie mapping and place marketing; (4) cognitive and emotional mapping; and (5) film as spatial critique’ (p. 8). These five types of methods are immediately mapped onto three ‘overarching critical frameworks’ that delineate the supposed spatial turn in film studies: spatial anthropology (ethnographies of film practices as embedded in cultures); spatial ontology (cinema as cartographic space-making); and spatial historiography (empirical mapping of historic production and exhibition). Despite the pains taken to represent this expansive topology, all but two of the chapters fall into this last framework. This focus, however, is the book’s strength, as it coheres as a snapshot of contemporary research that visualizes film historical practices in spatial terms: maps abound, and a visit to interactive websites is a must to fully animate the visualizations depicted here in half‐toned black & white versions."    Early Popular Visual Culture 13 (4), 2016.