pink floyd call at the house. they are parked a street or two away. RW does the talking but the reason for the visit is not clear. we sit in the study while DG busys himself in an outhouse that backs on to the kitchen. he is a dab hand at flooring - some kind of wood carving technique though i didn't catch the details. as i approach i notice a dog doing tricks on a bike but it stops before i get a chance to capture the spectacle (DG & a performing pooch - how snapchatty is that?) DG reckons he will be done by midnight. when they leave we walk with them to a fleet of cars where a suited entourage is waiting. after seeing them off we return to the house, still none the wiser as to the events that have passed.

The evening's storm of words

has settled in the dust of an airless night.

today we drive into the capital;

dogs will howl and roosters crow

but for now, in the dark, I play host

to a curious visitation.

Up above the fig trees the Church of San Lorenzo

burns amber in the soot-black of the Tramuntana hills.

where, like a pilgrim ghost, I steal past sleeping neophytes

waiting for the world to stir 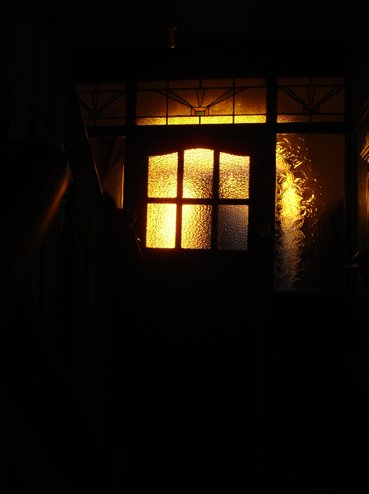